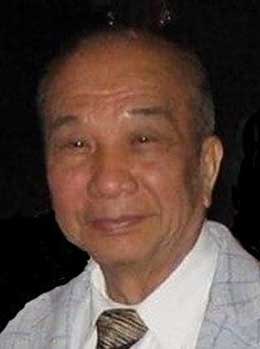 88, of Richmond Hill, NY and formerly of Spartanburg, SC, passed in his sleep and entered eternal rest on June 22, 2022. He was born on April 10, 1934 the son of the late Alejandro Olarte Aldana, MD, and the late Josefa (Morales) Aldana in Pozurrubio, Pangasinan, Philippines.

Oscar graduated from Pozorrubio High School in Pozurrubio, Pangasinan Province, Philippines. He received a Bachelor of Science in Mechanical Engineering from the Mapua Institute of Technology, in Intramuros, Manila, Philippines and a Bachelor of Science in Textile Technology from North Carolina State University in Raleigh, North Carolina. At North Carolina State University, Oscar met his wife Angelina “Gely” (Belisario) Aldana and they wed in 1967.

Oscar worked on the Statue of Liberty renovation in 1986 as a Project Manager/ Mechanical Engineer at Kerby-Sanders overseeing the installation of the heating and air conditioning systems. He also worked for the Board of Education in Long Island City (part of New York City), New York, Bureau of Design where he prepared HVAC plans for school buildings. During that time, he was active in AFSCME, American Federation of State, County and Municipal Employees, where he served as a chapter officer. Oscar previously worked in textile fiber development for Firestone Synthetic Fiber Co. in Hopewell, VA, Rockwell International in Charlotte, NC, and Hoechst Fibers in Spartanburg, SC Oscar was proceeded by his parents, his wife, and his siblings, Hiltrudez Aldana Rodriguez, Alejandro Morales Aldana, Jr. MD, Willelma Morales Aldana, Perla Aldana Rosauro, and Marcial Morales Aldana, MD.

Survivors include his son, Oscar Aldana, Jr. of Alpharetta, GA; his sister, Violeta Aldana of Jackson Heights, NY; and numerous nieces and nephews.

Livestreaming of the Mass will be available on the Church of the Resurrection’s website https://churchofresurrection.org/live-streaming/ Rite of Committal and inurnment will be on Tuesday, July 12 at All Saints Cemetery located at 480 West Highland Rd, Northfield, OH 44067.

The family wishes to thank the Sisters of Saint Joseph of Saint Marc and the doctors, nurses, and staff of Mount Saint Joseph Rehabilitation Center for their kind and attentive care of Oscar in his final years.